The first production of the Incognito 2019 to 2020 season will be a Triple Bill.

An elderly actor reflects on his time in the theatre.

An elderly landowner receives a visit from a neighbour who wishes to ask for the hand of the landowner's daughter in marriage. a number of misunderstandings and arguments arise out of this situation to comic effect.

The 6 wives of Henry VIII, in a modern setting, each tell the story of their relationship with Henry by way of six interwoven monologues. A penetrating look at gender relationships that swings from the comic to the tragic and back again. 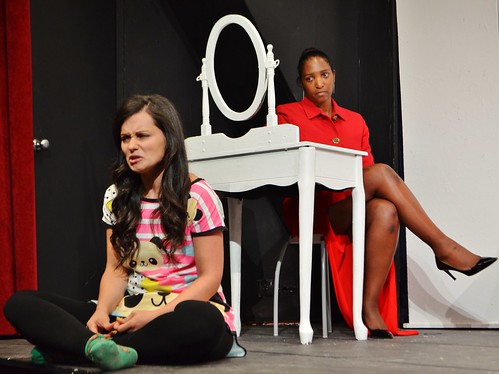 Are you a budding actor? Are you interested in lighting / sound / wardrobe / set building / stage management? Then why not come and join us as a full member for £24. Even if none of those are of interest, you can become a Supporting member for £5 and get £1 off any tickets you buy. Visit our Contact us page and send us an email with your details.

All auditions at Incognito Theatre are free and open to members and non-members alike. Interested? Then go to our auditions page for more information.

All shows have been cancelled until further notice.

Connect With Us Today

Visit us on social media and find out all our latest news.

Do you like looking at old photos?  Then visit Incognito Theatre's archive and browse photographs from past shows and events.